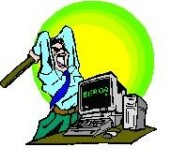 Gurnee residents, are you frustrated with your computer? For Fast Computer Repair Service, call Joe!!

A computer techno-nerd, to be exact. And in this world of necessary technology, that can be a very good thing for you. Here’s why – at some point, a computer you just can’t live without is going to stop being your best friend. It is then a techno-nerd will become your best friend. I’d like that to be me. Here’s how I might be able to help you:

“Joe, Why Should You Be My Techno-Nerd*?”

Hey, that’s a really great question. And there are six darn solid reasons you might want to consider me as your personal techno-nerd. Take a look…

“Hey Everyone, just wanted to let you know that Joe really fixed my computer a few weeks ago!! He can even take care of problems from a remote which is great! I recommend him highly for any computer glitches you may be having!!! Thanks Joe!”  Dianne Daluga, Gurnee IL  60031

“Gurnee is a village in Lake County, Illinois, United States. The population was 31,295 at the 2010 census. The village borders the city of Waukegan and is considered a part of the Chicago metropolitan area.” Wikipedia